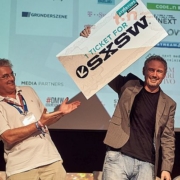 Not for long, then our large Hamburg Startups delegation sets off for South by Southwest in Austin, Texas. COLDPLASMATECH is participating as the winner of the audience award at the Startups@Reeperbahn Pitch. The company from Greifswald treats chronic wounds with cold plasma. We explain how this works.

Anyone who has paid some attention in physics lessons will be able to list at least the three classical states of aggregation: solid, liquid and gaseous. In addition, science still knows of a number of non-classical states of aggregation that bear such mysterious names as fermion condensate or mesomorphic state. The term plasma is a little more familiar. This is energetically charged gas. Plasma is usually very hot and can be found everywhere in the universe, because the sun and all other stars are in the plasma state. 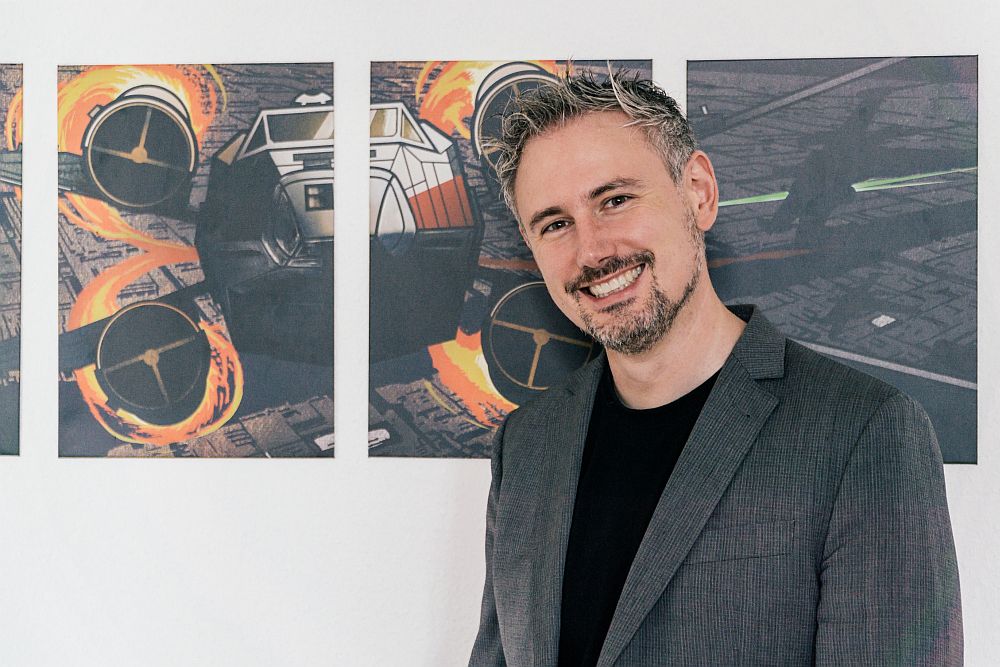 COLDPLASMATECH founder Dr. Carsten Mahrenholz is a big Star Trek fan, but also Star Wars is always a good choice, as the picture of an X-Wing Fighter in the background shows (Photo: Nadine Bauerfeind)

However, there is also a cold variant, which is used for example in fluorescent tubes. And in medicine. This is where COLPLASMATECH comes into play. This Greifswald based startup uses cold plasma to treat chronic wounds. A wound that has not healed properly even six weeks after its onset is generally considered chronic. Up to four million people a year are affected in Germany alone. It is often the result of diabetes or pressure ulcers in patients who got bedsore.

Against germs and for fast healing

Cold plasma provably inactivates anti-healing germs that are common in hospitals, including those that are multi-resistant to current antibiotics. It also promotes the growth of blood vessels and tissue perfusion and stimulates wound healing. There are now various medical devices that use this technology, but they are usually very bulky and can only treat wounds selectively.

This is how the PlasmaPatch looks like (Photo: Nadine Bauerfeind)

Different with COLDPLASMATECH. Its offer consists of a handy box called PlasmaCube and the almost square wound dressing PlasmaPatch. It is also suitable for the treatment of large wounds. This does not hurt and only takes two to five minutes per treatment unit. Positive changes can be detected after just a few days. Dr. Carsten Mahrenholz, one of the founders of COLDPLASMTECH, likes to speak of “Star Trek Technology” because the whole process has a touch of science fiction. This impression is reinforced by the bluish shimmer that the wound dressing spreads during application.

COLDPLASMATECH has already won a lot

COLPLASMATECH was officially founded in 2015 as a spin-off of the Leibniz Institute for Plasma Research and Technology (INP) in Greifswald. Since then, the startup has been able to collect 2.75 million euro in grants and investment funds and win numerous prizes. In April 2018, the German Innovation Award initiated by the Federal Ministry of Education and Research went to the team from Mecklenburg-Vorpommern. 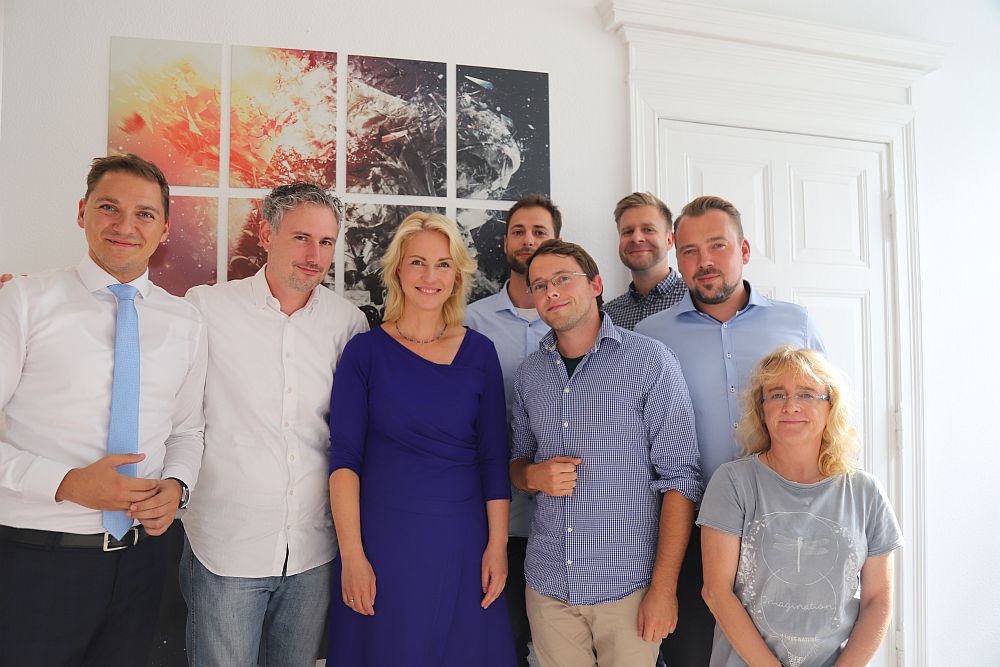 Ideal and financial support from both the state and the private sector is vital for the survival of a company that wants to assert itself in the medical sector. The market is considered complicated because many decision-makers are difficult to convince of the benefits of innovation. The COLDPLASMATECH product, however, solves a real problem, and founder Mahrenholz has enough know-how and experience to communicate this credibly. He studied biology as well as economics and earned his doctorate in chemistry. Afterwards he worked as a management consultant for more than two years, then changed to the management of the technology company Neoplas and from 2013 led the workteam at INP which led to the foundation of COLDPLASMATECH.

The Goal: Conquer Texas and the World

In the meantime, PlasmaCube and PlasmaPatch have been extensively tested and are therefore ready for the market, so that the first sales can be expected this year. Of course, the goal is not only Germany, but also the world market. The success of the Startups@Reeperbahn Pitch came very handy. Winning the audience award for COLDPLASMATECH means a trip to the festival South by Southwest in Austin, Texas. It starts on March 8th and we will report in detail! 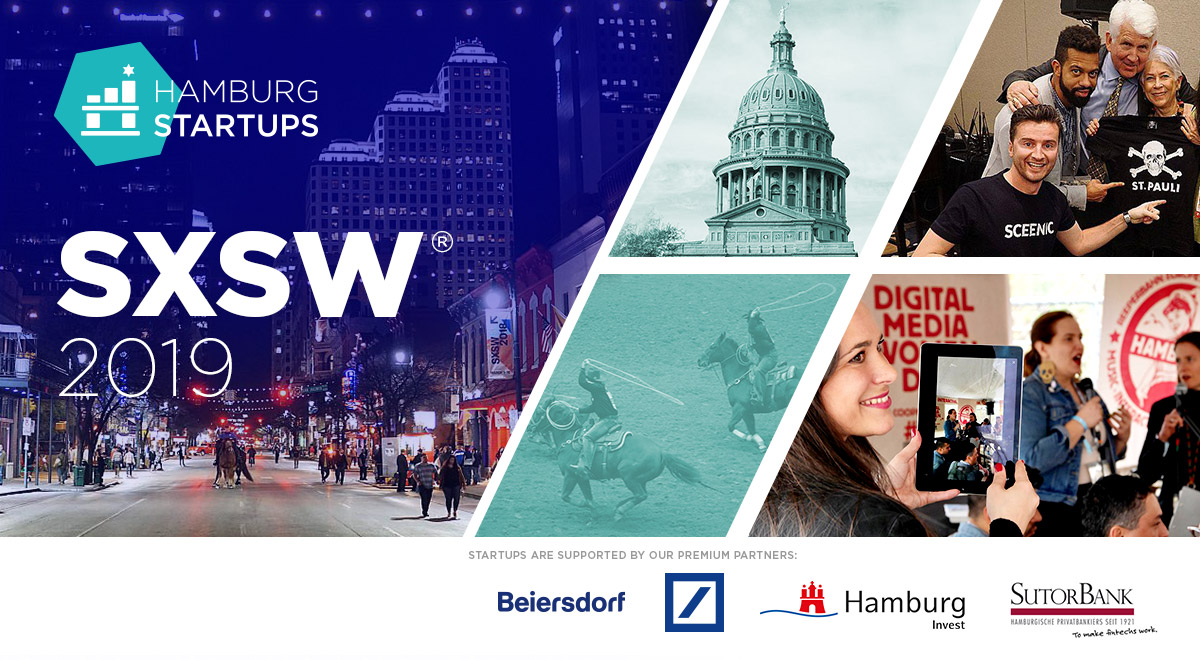 The five finalists for the Startups@Reeperbahn Pitch 2018 are fixed!