Hamburg Startups International
You are here: Home1 / general2 / Next Media Accelerator – the 6th Batch (Part I) 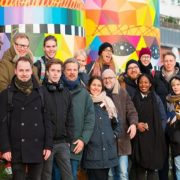 The Next Media Accelerator is now in its sixth round – with seven fresh media startups. We present three of them today: YOBO says it with Emojis, The Shotcaller reports about e-sports and Frameright provides the right image presentation.

YOBO lets off the emojis

Why make a lot of words when nowadays all sorts of things can be expressed with emojis? The number of pictograms is now approaching 3,000, there is something for almost all areas of life. In any case, emojis are suitable for commenting on and classifying bars, restaurants or retail stores, says the Berlin startup YOBO. The young company shares the basic idea of making local restaurants and shops more visible and promoting them, but its approach is truly original. 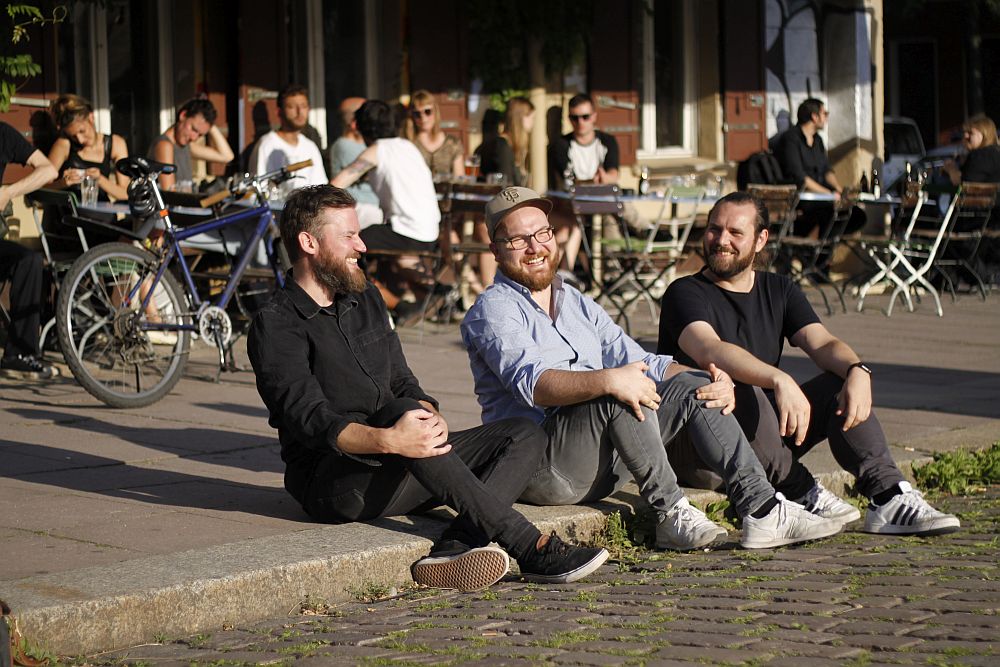 Users of the YOBO-App can photograph and name their favourite places. And here is where the use of conventional written language ends. Everything else is represented by emojis. For a music pub where you can play darts, you can choose an alepot, a guitar and a dartboard for example. When many users comment on a photo this way, an emoji cloud is created, in which the most commonly used symbols are displayed the largest.

Regular users of the app receive recommendations that refer to the current location on the one hand, and to certain preferences on the other. An artificial intelligence identifies suitable proposals based on the user behaviour and the current mood. Starting in Berlin, YOBO now also wants to open up Hamburg and the rest of Germany. So far the app is only available for Apple, but Android will follow soon. The founders have all gathered startup experience. CEO Tobias Szarowicz, a trained lawyer, has even worked for several years at the „Bundesverband Deutsche Startups“ the German startups association.

The Shotcaller reports on e-sports

When the Next Media Accelerator went into operation, the question was often asked whether it wanted to save journalism. No, that is not the plan, it was said, and in fact, purely editorial projects have not been supported so far. The Shotcaller from Berlin is now the first exception to the rule. This may be related to the particularly trendy topic that the news medium deals with: e-sports. Computer gaming has long been recognized as a true sport in many parts of the world, and in Germany it could soon be so. Asia is at the forefront in this area. E-ports is part of the official programme for the 2022 Asian Games. Olympia could follow soon. 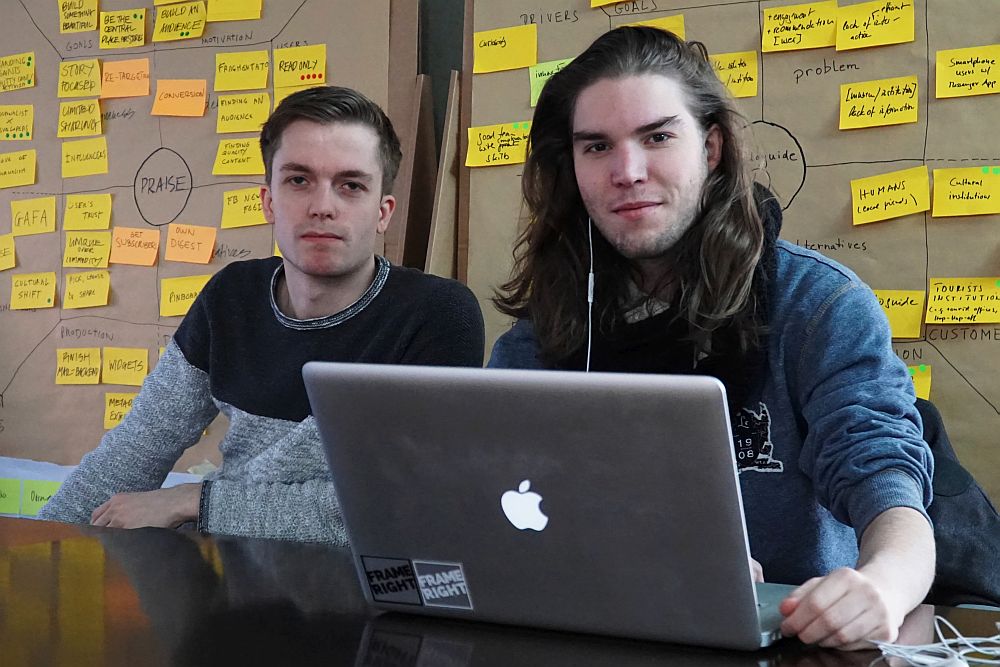 Alexander Hugo und Darius Matuschak, the founders of The Shotcaller

What is still lacking is professional reporting. Often, either trained editors who are not really at home in the world of e-sports, or real nerds who lack the journalistic tools, write. This is where the founders of The Shotcaller see their chance, because both are passionate and successful gamers as well as real journalists. Alexander Hugo is still studying, while Darius Matuschak has been writing professionally for quite a while At first he only wrote for The Shotcaller as a side project.

Alex quickly recognized the potential, and in the meantime the website and a YouTube channel offer new texts and videos virtually every day. The focus is on the European edition of the League of Legends Championship Series which takes place in Berlin. Freelancers provide contributions from Asia and the USA. All content is in English, as only about 10% of readers come from Germany, while the US accounts for 30%. e-sports already fascinates millions of people, and the boom continues unabated. The Shotcaller wants to become the leading medium of this movement and will in the future not only focus on League of Legends but also on other games such as Counterstrike, Dota and Overwatch.

In the Internet, fractions of a second often decide whether an editorial contribution or an advertising element arouses interest or not. Even the smartest headline is less effective than an eye-catching picture. Therefore it is all the more annoying if this is not displayed correctly on the desktop or smartphone. That’s not that easy at all, because the formats used by the different channels are anything but uniform. Facebook alone has 20 different ways of displaying a picture, so it can happen that a piece of a person’s head is simply cut off in a photo. 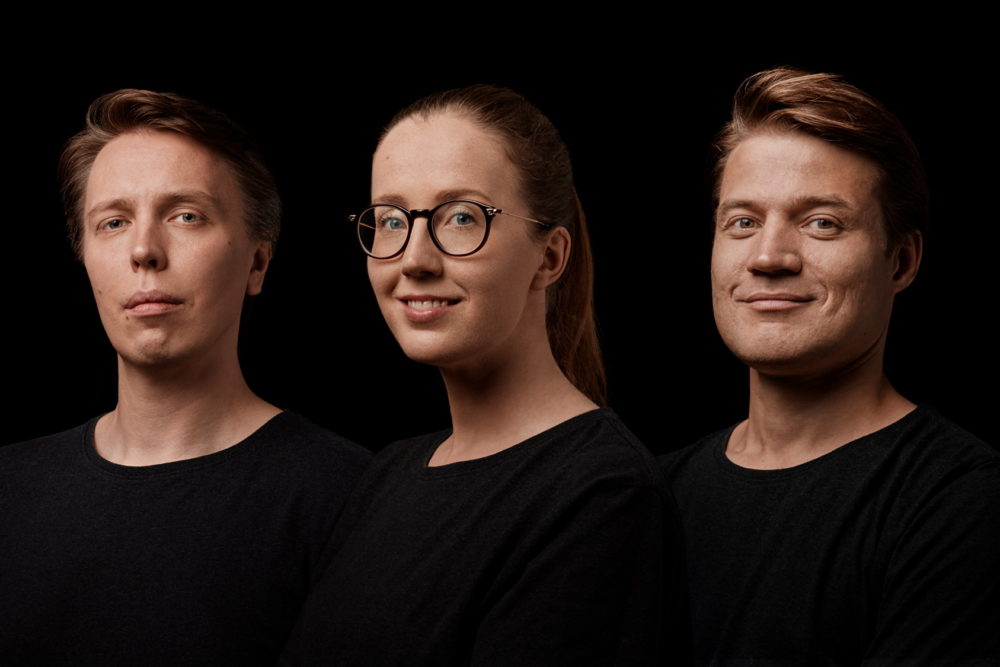 Unless you’re using Frameright software. Marina Ekroos, one of the founders of the Finnish startup, is a photographer herself and therefore especially sensitive when it comes to the optimal image design. Frameright allows you to define exactly which section of a photo must be visible in any case. Because the software knows all common media formats such as Facebook and Instagram, there are no more nasty surprises when publishing. Once anchored in the metadata of a photo, the correct adjustment takes place automatically.

Frameright, which also includes developer Ilkka Järstä and designer Jaako Hyvärinen, has already won 125,000 euros in a Finnish startup competition. The software has so far been tested with a smaller private customer. By participating in the Nest Media Accelerator, the team is now hoping to win major media and e-commerce companies. After all, it’s important for everyone who wants to be successful on the internet to be properly placed in the picture.

Vast Forward – when your own boat becomes an office