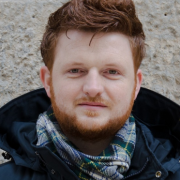 September was hot in Hamburg, as international startups stirred the Reeperbahn Festival, bringing a huge amount of SXSW flair to our otherwise commercially-oriented Hanseatic city! It all happened at our second Startups@Reeperbahn event, which took place as part of the Reeperbahn Festival: Our finalists, five european startups had the opportunity to pitch to investors, media representatives and other startup stakeholders in a dimly-lit, neighbourhood atmosphere. TripRebel convinced both jury and audience and took home both  SPIEGEL ONLINE PRIZE – a media budget of EUR 100,000 and the audience-price a ticket to M-Forum this week at the baltic sea. John Heaven – Englishman, blogger and independent web developer, summarized the evening at Club Hamburg for you. Please give John also a warm welcome for it’s him, who will take over the wonderful task of writing the English Column ‘Views From Heaven’ which you can enjoy on regular basis at Hamburg Startups. There’ll be more of John then soon but for now, please enjoy his guestpost of TripRebel’s Perfect Pitch Club Hamburg, the subterranean venue for the startups@reeperbahn pitching competition, was packed to the rafters. There was so much electricity in the atmosphere it could have powered the large pixellated screen behind the stage, where five entrepreneurs were waiting to pitch their startups to a jury of industry heavyweights such as CEO of Spiegel Online, one of the jurors from “Höhle des Löwen” (the German adaptation of “The Dragon’s Den”, known in the USA as “The Shark Tank”), journalists and venture capitalists.

Just hours before, Herbert Grönemeyer, a singer-songwriter and the most successful German musician alive, had been preaching to a choir of music industry executives about the ills of the modern music industry: he compared a subscription to music-streaming services such as Spotify with an all-you-can-eat subscription to all restaurants in Hamburg. Judging by his tone, a more obvious metaphor would have been the sex joint across the road offering intercourse for €39. But as the sun set over the Reeperbahn, with festival-goers and passers-by enjoying the freely available performances outside, Geraldine de Bastion was preaching – this time to a very different choir – innovation through disruption and problem-solving to make a difference, not a profit. So at this music festival turned digital conference, opinions spanned all octaves to make a multi-tonal tapestry of thought and inspiration as rich as the mixture of melodies wafting across the Reeperbahn outside. Along with the rest of the spectators, I was anxious to find out: which startup had – pardon the pun – perfect pitch?

The results (the tl;dr version)

At the end of the night, the winner of both the audience prize and jury prize were announced by the evening’s host Alyssa Jade Mcdonald-Bärtl. TripRebel took both and were awarded the top prize of a € 100,000 media voucher for Spiegel Online. TripRebel is an online service that takes your hotel booking and then monitors your hotel and surrounding accommodation for changes in prices and automatically rebooks your room at a cheaper price, or upgrades you to a better room if one becomes available at the same price.

With chairs cleared from the dance floor, the aftershow party began. The entrepreneurs disappeared to spend some one-on-one time with investors in the “love mobiles”, small booths outside specially arranged for the purpose of connecting startups with investors and playing on the Reeperbahn’s role as Hamburg’s famous red light district. For the rest of us, the partying and networking commenced.

Innovation where you least expect it

At the beginning of the evening we had heard from Geraldine de Bastion, formerly advisor to governments across the globe, who told us that innovation happens in places we might not expect it, namely developing countries. Innovations that are making their way from developed countries to the developed word are mPesa, a system of mobile payment widespread in African countries, and Ushahidi, an open-source crisis-mapping tool developed in the wake of violence following the 2008 Kenyan elections.

She wants to present these and other examples in a film, “Made in Africa”, which she is seeking crowdfunding for and will highlight the makerspaces and innovative hubs in Africa that, she says, are powerhouses of innovation where you’d least expect them.

Following this short shot of inspiration, the competitors set their eyes on the prize – everyone else set theirs on the competitors – and the startups laid out their cases to be awarded a €100,000 media budget from Spiegel Online by the jury and an audience prize of free entry to the M Forum of mobility. Diana and Phil Knodel, founders of AppCamps, had clearly heard de Bastion’s injunction (“innovate in order to make change”) before and have committed themselves to making a difference by building an online learning platform that teaches kids to code, and helps teachers to school their students in the ways of the software developer. Their impressive presentation showed how they had approached some of the most disadvantaged schools and have already been making a difference by hosting AppCamps and developing online materials. One parent was so impressed that she asked the pair to organise an AppCamp for her child’s birthday party.

AppCamps’ mission is to teach kids to be producers and not only consumers, and to equip them with the skills that are essential in today’s world. By learning to code, they say, even kids who don’t become professional software developers will better understand the world around them.

Mirko Platz, co-founder of ChannelPilot, made his bid on behalf of the 21-strong team that powers this service to connect online shops with most important price comparison portals. In Germany alone there are 150 price comparison portals, he says, and internationally portals such as yandex in Russia and cdiscount.com in France often go unnoticed or ignored by larger providers such as Magento. The main benefits of his service are the ease with which it connects online shops to hundreds of portals, the analysis tools on offer, and the control panel that allows conditional sales e.g. only where the CPO is no higher than € 20.

Cécile Gaulke presented Rebelle, an online shop for second-hand luxury clothing and accessories. All goods are checked for authenticity before being sold on the platform and the Rebelle team take care of the hard work like photographing the products, creating descriptions, and setting the right price. This means that buyers know they are buying legitimate goods and sellers don’t have to make much of an effort to sell their items that would otherwise be little more than space-hungry food for the moths. A particular advantage of the model for investors is that there is no capital tied up as sellers are paid only when their goods are sold. According to Gaulke, this is not too difficult – the fastest item sold within ten seconds and the most expensive item sold for € 12,000. Carlos Borges presented TripRebel, which promises to give hotel bookers four hours of their time back and a wad of cash. The idea is simple: hotels booked through TripRebel will be monitored until the day you check in and if the price for the same room drops, the stay will be cancelled and rebooked at the same price. Alternatively, you can enter a range of hotels in the surrounding area (or presumably elsewhere) and if any of these have a better deal, the same applies. The system can also get you an upgrade – if a room in a swanky hotel becomes available for the same price as the room in the bog-standard B&B you booked, TripRebel will automatically rebook.

The fifth and final pitch came from PharmAssistant, who are developing a system to help people get to grips with complicated medication schedules. It works by using a smartphone and a specially developed pill box that flashes when the patient needs to take their pills. Diogo Ortega and Luís Castro told us that according to statistics in the USA, 125,000 people per year die due to errors in taking their medication and one in ten heart-attacks are caused by patients not taking their medication on time. The app and pill box will bring a whole host of features, including the ability to notify relatives if a patient has missed their medication and the collection of aggregated data.

But as Alyssa Jade Mcdonald-Bärtl rightly pointed out, all of the contestants were finalists in a gruelling competition to reach the top and should be proud of making the top five.

More pictures of the Evening

That was hy!demo Berlin – contributed by brightup

5 PR lessons startups can learn from Hollywood’s most famous rebel –...
Scroll to top