Hamburg Startups International
You are here: Home1 / Allgemein2 / Double bliss at the pitch at the me Convention 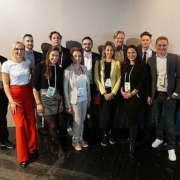 The first finalists for the Reeperbahn Startup Pitch on November 7th are fixed! At a prepitch at the me Convention in Frankfurt two candidates, JobMatchMe and CUCA INTIMA, were so convincing that they both could secure a starting place in Hamburg – and one ticket each for the SXSW Festival in Austin, Texas.

Before the grown-ups made their appearance on Friday at the me Convention, a collaboration of Mercedes-Benz and SXSW at the IAA, it was the turn of the youngsters on Thursday. And it was impressive to see what pupils from Baden-Württemberg had put together over a weekend and presented now. NEXT ENTREPRENEURS is the name of the initiative that encourages children and young people to engage in entrepreneurship and saving the world. The hashtag of the event was #savetheplanet. Accordingly, the five projects presented were ambitious and sustainable.

The youth set first signs at me Convention 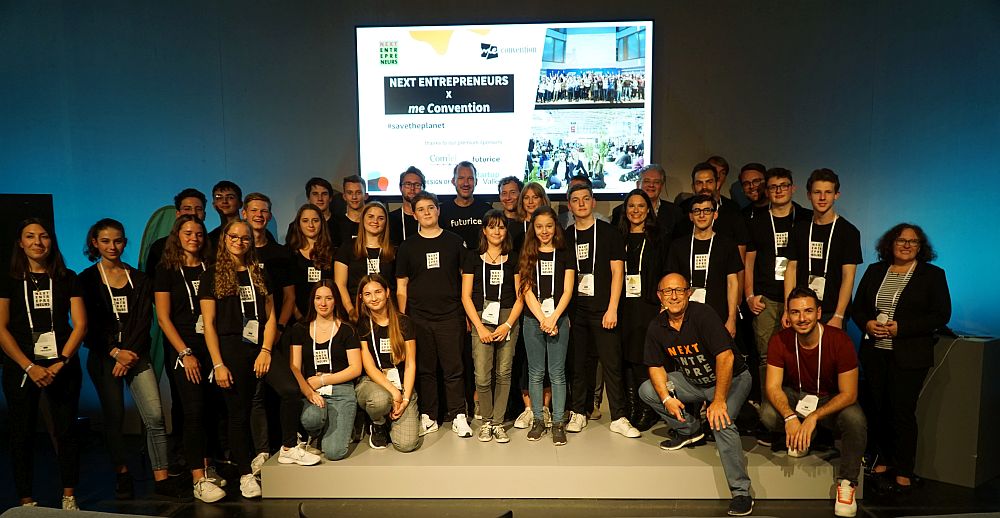 Group photo with the participants, organisers and jury of the young talent competition NEXT ENTREPRENEURS.

Among other things, it was about an app that brings order into the freezer and another that informs about the shelf life of food. In both cases, the aim is to avoid unnecessary discarding. Also on offer was a floating filter system that removes plastic waste from the sea. Even better, of course, is to avoid plastic altogether and, for example, to produce toothbrushes from coffee grounds, as one team suggested. The youngest participant delivered the best pitch. 13-year-old Valeria from Lake Constance had already brought a prototype of her birch bark toothbrush cover, designed a logo for her Betula brand and even had a laboratory test carried out that proves that her cover helps against bacteria. A real founder could grow up there.

But now to the adults, who are already a few steps ahead with their companies. In the run-up to the Reeperbahn Startup Pitch we had placed 20 startups on our website for an online voting to choose from. Nearly 600 votes were received, which led to the following finalists: : CUCA INTIMA, FertereX, JobMatchMe, midesk and Ondato. What their ideas and products are, we have compiled here. However, not only the quality of the idea is decisive for the evaluation, but also its implementation and the business success already achieved or to be expected. 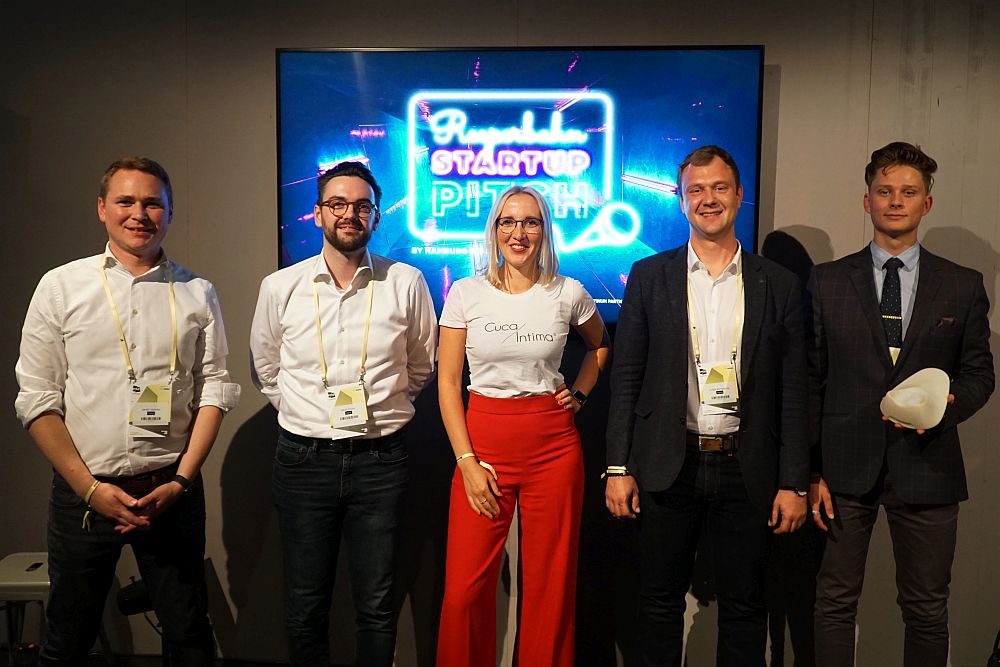 The identification software from Ondato in Vilinius is already on the market and profitable. But there are still elements missing that make it really secure and unique. The FertereX device from Riga, which is intended to increase male fertility, is not yet available, which is why we can only speculate about the actual demand. For midesk from Hamburg, a marketplace for market data, there was no concrete example that would undoubtedly illustrate the advantage of the startup. 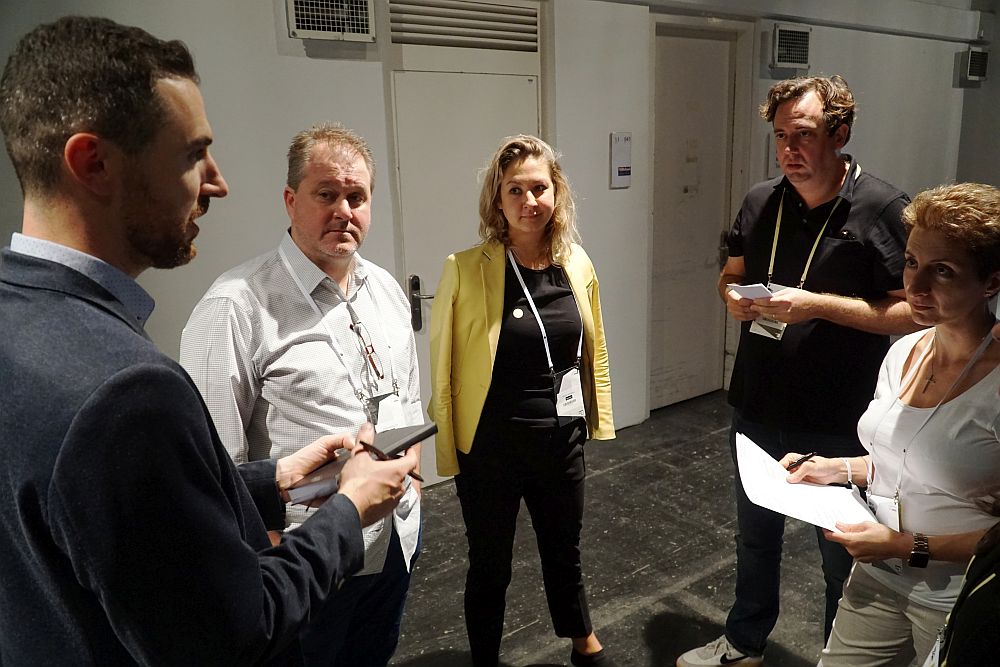 The figures spoke for CUCA INTIMA and JobMatchMe

Two candidates remained, who were shortlisted by the jury. By the way, the jury consisted of international experts with great startup and investment experience: Olesya Baraniuc from Technopark in St. Petersburg, Angela Panayiotou from IDEA Bank in Cyprus, Grant Wainscott from Metro Atlanta Chamber, Hugo Paquin from TechQuartier Frankfurt and Todd Hansen, Head of Conderence Programming from SXSW in Austin. Regarding JobMarchMe from Hamburg, they were particularly impressed by the scalable business model and the success already achieved. JobMatchMe places workers in non-academic professions and started with truck drivers.

Daniel from JobMatchMe and Linda from CUCA INTIMA congratulate each other, jury speaker Grant Wainscott announced the decision.

Every fifth German driver is already registered there, more than 125,000 in total, and more than 6,000 are added per month. Every 12 minutes there is a successful matching of an applicant and a searching company, the customer satisfaction is 96%. These are impressive figures, but CUCA INTIMA from Berlin also has them, especially in terms of potential. The platform was launched three months ago and currently offers around 150 products that focus on women’s health. FemTech is a large growth market that could reach a global volume of 54.6 billion US dollars by 2026. CUCA INTIMA not only wants to be an online shop, but also to offer advice and a place for exchange.

Spontaneous decision: There are two winners! 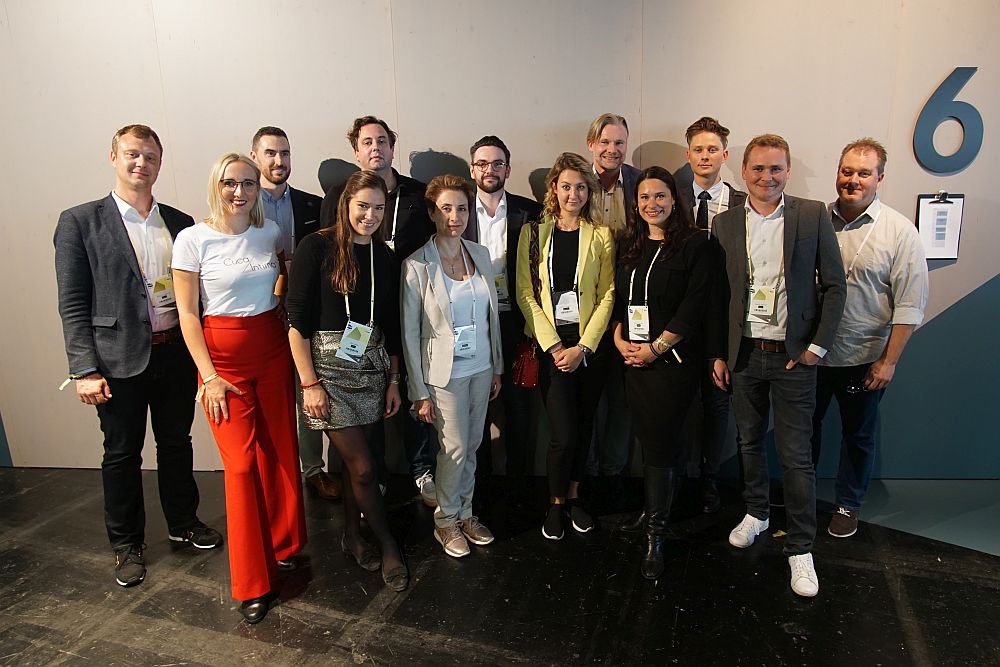 In addition to the finalists and members of the jury, the group picture must also include presenter Freya Oehle (front, 2nd from left) and Sanja Stankovic (front, 2nd from right), one of the founders of Hamburg Startups.

The jury had a heated discussion about which startup should be preferred. Difficult to decide and easy to solve in the end. Spontaneously we decided to offer another starting place at the Reeperbahn Startup Pitch, and when Todd Hansen from SXSW spent another ticket for the festival, it was clear: We have two winners! Daniel Stancke, one of the founders of JobMatchMe, and Linda Wonneberger, founder of CUCA INTIMA, were delighted. Both will be able to compete in the finals in Hamburg and are already looking forward to Austin. We are also looking forward to it and will of course continue to report! 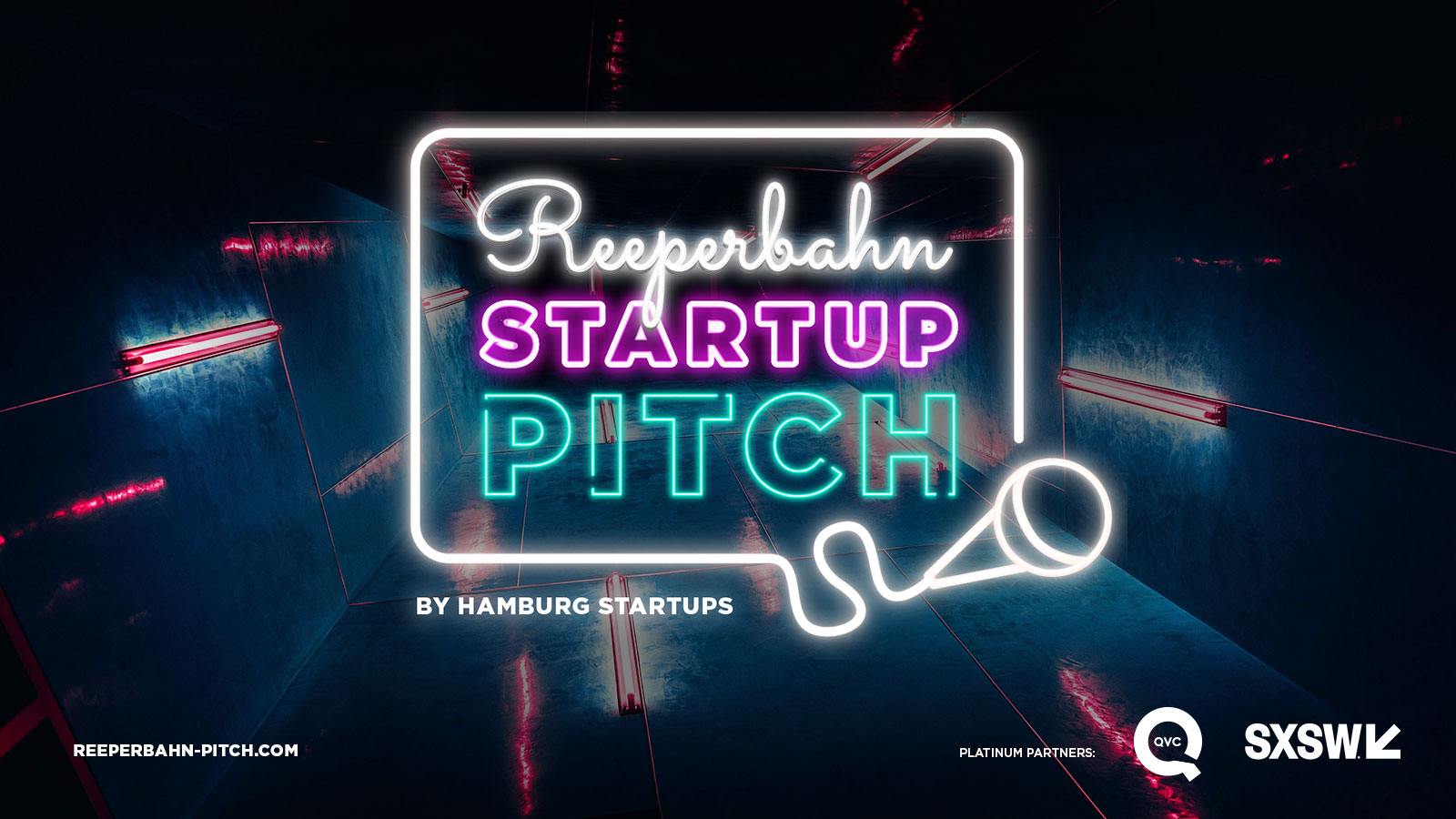 These are the finalists for our pitch at the me Convention

Together in the ring: Hamburg Startups and Klitschko Ventures form the “Startup...
Scroll to top