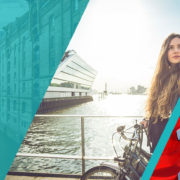 Hamburg – A Gateway to the World. This tagline has always been relevant for our beautiful Hanseatic city. Not least for the harbor, the third biggest terminal for containers in Europe. Hamburg gained in visibility worldwide as as a Green City Capital as well. As an international startup hub however, Hamburg is only rarely mentioned. Hamburg is still blatantly absent.

And yet, the potential for it is most definitely there. It is clearly stated in an article from the Financial Times Harbouring ambitions: the draw of Hamburg and by the American journalist Edward Domain.

Hamburger Startups on the SXSW

At the legendary South by Southwest Festival Hamburg managed to introduce itself as perfectly international and display confidence for its debuts. Since 2005 at the SXSW Music with the Reeperbahn Festival, Hamburg was the first land to take part in the competition. Since 2014, the topic Interactive has been going strong at the Hamburg@SXSW. Ali Jelveh from Protonet, Panos Meyer from Flying and Jörg Land from Tinnitracks were the first startups in 2014 to take part in the Startups@Reeperbahn SXSW Edition in Austin. Picture: Hamburg Startups

Hamburg Startups prepared the PR work, a huge success with over 700 publications throughout medias worldwide. A record for an international startup that is still to beat. Even the SXSW is still enthusiastic about it and promotes it to this day as the perfect case, as SXSW Accelerator leader Chris Valentine recently explained.

Startups will be promoted in 2017 as well

From 2014 to 2016, startups benefited from the support of Hamburg Startups, Hamburg@SXSW (Reeperbahn Festival, IHM, and the city), and partners such as EY, XING and Sutor Bank. An exciting program is expecting us in 2017 too, and Hamburg Startups will most certainly send next to the Startups@Reeperbahn winner Baqend another startup to Texas, with the assistance of  EY and the Deutsche Bank. Further information is on the way. Up to five startups also profited from support for the application.

Municipal initiatives also support startups, for instance by traveling to international conferences. This is what next.Media recently did with five Hamburg startups for the Web Summit by covering parts of the expenses.

Hamburg Marketing runs Hamburg News, a local news portal about startups and topics that are relevant to them.

Hamburg, an appealing destination for expats

English as a business language? A common practice in many startups and international companies. The amount of companies using English as their office language is steadily increasing. Some companies like Kreditech go even one step further, looking for international employees only.

A list of companies using English in the office can be found here, or on our job board. Last but not least, Hamburg was recently mentioned in the list of the ten cities with the best quality of life.

Events such as the Reeperbahn Festival, the Online Marketing Rockstars, mlove ,and the next bring international speakers from all over the world to our Hanseatic city. The Startups@Reeperbahn Pitch is one of the very few pitch-only events with an international touch. Juror of this year’s edition, Claire England, Executive Director of the Angel-Netzwerks CTAN declares:

“I see 300 plus pitches every year. The five finalists of tonight were among the strongest I have seen in Europe. The winner had the complete package that an investor would look for.”

“Startups@Reeperbahn is one of the most impressive pitch events. The quality and heart are a benchmark for international pitch events.“ With match-making events such as the Startups@Reeperbahn Lovemobile and the international public relations from Hamburg Marketing, international articles landed on platforms such as Coolhunting or Nordic Startup Bits. A success story from the Lovemobil Matchmaking is the current nomination of Nüwiel to the Food & City Challenge in Austin – thanks to a get-together from Chelsea Collier.

The next media accelerator team also played a key role in the international development of Hamburg, bringing startup founders to Hamburg and bridging the gap between Germany and other countries, like Israel.

We want to do this development justice. Switching the editorial language completely to English was a topic. However, after long discussions, we decided it was the wrong step to take, as German is and remains the main language of the Hamburg startup scene.

As such, we came to the conclusion that we should broaden our scope with Hamburg Startups International Edition. Among our goals, we aim to discuss topics that are relevant to startups, help expats to integrate smoothly, make our ecosystem internationally visible, and of course draw more foreign investors.

The editorial lead is in the hands of John Barré. On the one hand, he gathers useful tips for newcomers in Hamburg and reports on events. On the other hand, he shares his opinion on original Hamburg startup ideas in his column “Pardon my French”, giving them the opportunity to be visible on an international level.
John studied translation at the Dublin City University in Ireland and was responsible for online Marketing and Product at bab.la until June 2016. He is a translator and an author. Hamburg Startups’ co-foundrer Sanja Stankovic has been taking care of international issues since the early days of Hamburg Startups, with among other things, the development of the Hamburger Interactive Programm on the SXSW. As “Founding Spotter” for Globally Spotted she ensures visibility for female founders worldwide and officiates as our ambassadress on startup and tech conferences.