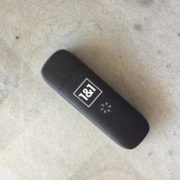 In the world of startups, download speed, connectivity, and servers status are key words. Most startups rely on their online presence to attract early customers and many even offer their full services exclusively online. As such, having a strong Internet connectivity and a fast debit is essential. How does Hamburg compare to the rest of Germany and worldwide?

Germany, still not in the top 10 Internet providers in 2016

German Internet users benefit from a decent Internet speed, yet by far not the best one available in 2016. According to Hamburg-based startup Statista (see graph below), Germany only ranks 24th in terms of Internet speed. Far ahead, South Korea is the unbeatable number one, with an average Internet speed of 27 megabit per second (mbps). In Europe, the Nordic countries are leading with a speed oscillating between 17 and 20 mbps. Norway is first in Europe, followed by Sweden, Switzerland, Finland, Latvia, and Iceland.

With an average speed of 14 mbps, Germany still needs to up its game by 30 to 40% in order to make it to the top 10. However, Germany is a big country, and the speed of the Internet varies widely from a region to another.

According to the website Bandwidth Place, the average download speeds is quite different from a state to another. Taken individually, Baden Württemberg, located in the south west of Germany, has the best Internet in Germany with over 20 mbps (average speed over the past 12 months)

Hamburg is not doing too poorly with an average of 17 mbps. Looking at the past three months, Hamburg even reaches 20 mbps! A very decent speed, rivaling with the European champions of the Internet. Berlin, in comparison, reached 16 mbps (12 months average) while Bavaria and Munich only gathered 14,2 mbps.