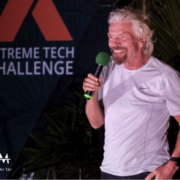 Last September Freya Oehle, founder of Spottster, won the pitch competition at Bits & Pretzels, a startup spectacle in Munich. Her prize: a trip to Necker Island, the private island of billionaire Richard Branson! Here’s her report:

„Crystal clear water with a view over the reefs, a private zoo, palm trees, pools, flocks of flamingos, a trampoline on the beach, and the most motivated, most bizarre, and most impressive people I have met in a long time…“

„On February 2, I had the unique opportunity to take part in the Extreme Tech Challenge (XTC) on Necker Island, a private Caribbean island belonging to Richard Branson. 72 hours in the midst of the British Virgin Islands (BVI) left me with so many unforgettable feelings that I curse my vocabulary for being to limited to express such beauty. I was speechless when I first landed, and this experience carried on throughout the journey.

A propeller flight across an ocean that is so clear you can see through to the ground from the air, while making friends with 2 VC investors from Silicon Valley and one of the photographers of Richard Branson on the plane; a ferry ride natural beauties, that would normally only be expected on a cruise, Open Air taxis crossing at breakneck speed, the mountainous islands with their incomparable views, and finally a speedboat ride, steered by Stephanie Hannon, Chief Technology Officer of Hillary Clinton campaign.
The regular means of transportation and acquaintances in the BVI.

Upon arriving on the beach „Bitter End“, ‚I wait for my accommodation for the next days – a floating catamaran. Next to me: a former Broadway star from the Cats musical, a Bitcoin ATM for purchases of marijuana, a luxury resort owner, a financial entrepreneur, and an Adobe developer. But before I got a chance to meet the members of this quirky community, the tourists on Bitter End around me seemed restless and stare in the direction of two kitesurfers. One led, one fell.

I just saw Richard Branson afloat and Barack Obama underwater. Overwhelmed by the surreality of the past 3 hours, the only words I managed to utter are: „A beer, please“.

One after the other, the hard-to-believe events played out

On the evening of the rehearsal dinner, I was to meet the other 70 participants of XTC before leaving to Necker for the finals (unfortunately Obama had to leave early). I shook hand after hand, keeping an enthusiastic smile upon my face, and heard one of the most impressive stories ever – again and again.
I met young founders, old entrepreneur, experienced investors, top athletes, policy makers, failures and successes, emerging businesses and thriving ones.

In short, a collection of people who were so impressive and frank that the Caribbean starry sky seemed to be a second role. When my boatmates came back from a nocturnal Open Air taxi ride to mooring point, it was clear that the next day on Necker would be outstanding and it was completely blurry what had happened to me in the past 12 hours.

Necker Island – the playground for the motivated ones

In the afternoon of the next day, we anchored after a day filled with water sports, directly in front of the goal of our journey: Necker Island. Whoever, like me, can estimate their most prized possession to be an old stuffed toy, will find ​​the concept of a owning private island rather bizarre and uncanny.

Sir Richard Branson impressed with his stringent, entrepreneurial, and to-the-point character. Necker Island is a paradise – for sports fanatics, nature lovers, silence aficionados, unpretentious playboys. Gold-obsessed tycoons would be less than happy on the 29-hectare island.

The luxury of Necker is not glossy, but fun!

In the midst of this location, the final pitch is meant to take place, accompanied by the cries of lemurs and parrots. But not before we first visit the island extensively, although it is hard to know where to start on Necker Island. It is an overstimulation of great opportunities, a sports playground straight out of a dream.

And in the middle of it I ran into Nicholas Chibac, founder from Hamburg, who is here to present his SpiceVR drone on the island and he knows: The world is small, and this is real. The final was, apart from the location, similar to the typical German, European, and international pitch competition: 3 finalists, 3 ideas, 3 minutes.

The difference? The jury!

Richard Branson himself, Silicon Valley legend Mark Cuban, the self-made billionaires Tom Siebel and Jim Beyer, Clinton counselor Steph Hannon (the woman from the boat), power investor Theresia Gouw and the multi-talented Bill Tai sit in a row next to the stage, only five meters from the audience, and listen attentively to the ideas that are presented there. 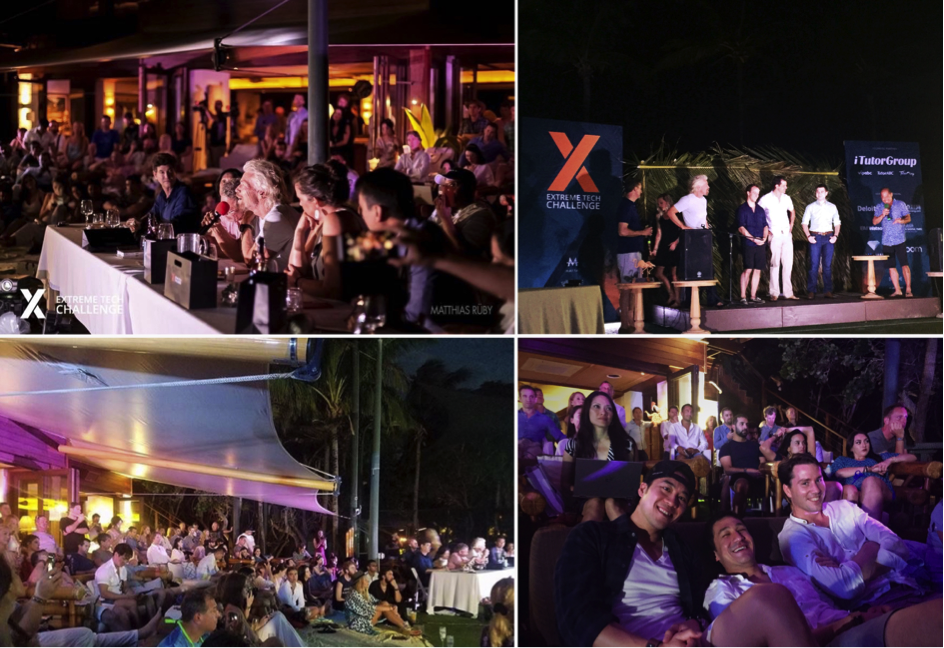 The ideas presented, a healing gel (Cresilon), a 3D printer-based-recycling startup (ReDeTec) and a drone (VantageRobotics) that tracks the filmed, convinced the audience, by their high-tech approach and their innovative strength.

Some relief: The pitches were ok, well-explained, and passionate. But they were not superior in any way to the German and European founders, but rather of similar quality which surprised me personally due to be the founders offered, unique settings of the evening.

The conclusion was that the founders from the Silicon Valley are not as impressive as one might expect, especially when away from home. This is a soothing thought, knowing that we can compete with the cutting edge of entrepreneurs. And at least, two guys from Hamburg made it…

The result was disappointing or almost embarrassing. The audience vote, called by Branson the „Public Vote“ as a wry reference to Trump and Clinton, was measured by hooting, clapping and cheering for a very clear and indisputable favorites: Cresilon. However, just like for the elections, a winner rises and a loser falls: VantageRobotics. This however did not indent the joyful mood for all ideas clearly had a successful fate to meet and the dinner along with the XTC Nicker Island party turned out to be the perfect conclusion to the evening.

Incredibly elevating conversations, always meeting new people from whom one quickly learned that each individual is unique, a huge dinner in the best of moods, party in the sand and at the pool, and the topic of conversation was always innovation and development.

Although Richard Branson and the rest of the jury retreated after dinner to a hidden area, they left a lasting impression thanks to their proximity and openness, and Richard Branson had made one thing clear:

You can only do a good job if you’re having fun doing it!

As I watched the sun rise a few hours later in the net of the catamaran, I had given up all attempts to make the experience tangible.

The past two days were simply a flurry of inspiration, of optimism, fun and the feeling that anything is possible. And not because of a private Caribbean island and the inherent carelessness, but simply because of the bright minds I had met. People who bear a glowing aura of talent, thirst for knowledge, and a positive outlook to become a better person. Everything about this trip was unique and it is difficult to put it into words.

The only thing I can clearly put into words is indeed what I liked best:

I did not encounter anyone who was looking for wealth. Instead I met a sincere desire to do, to change, to improve things and to make the best possible of this lifetime. With the certainty that my future vacations will be pale in comparison to what I just experienced: 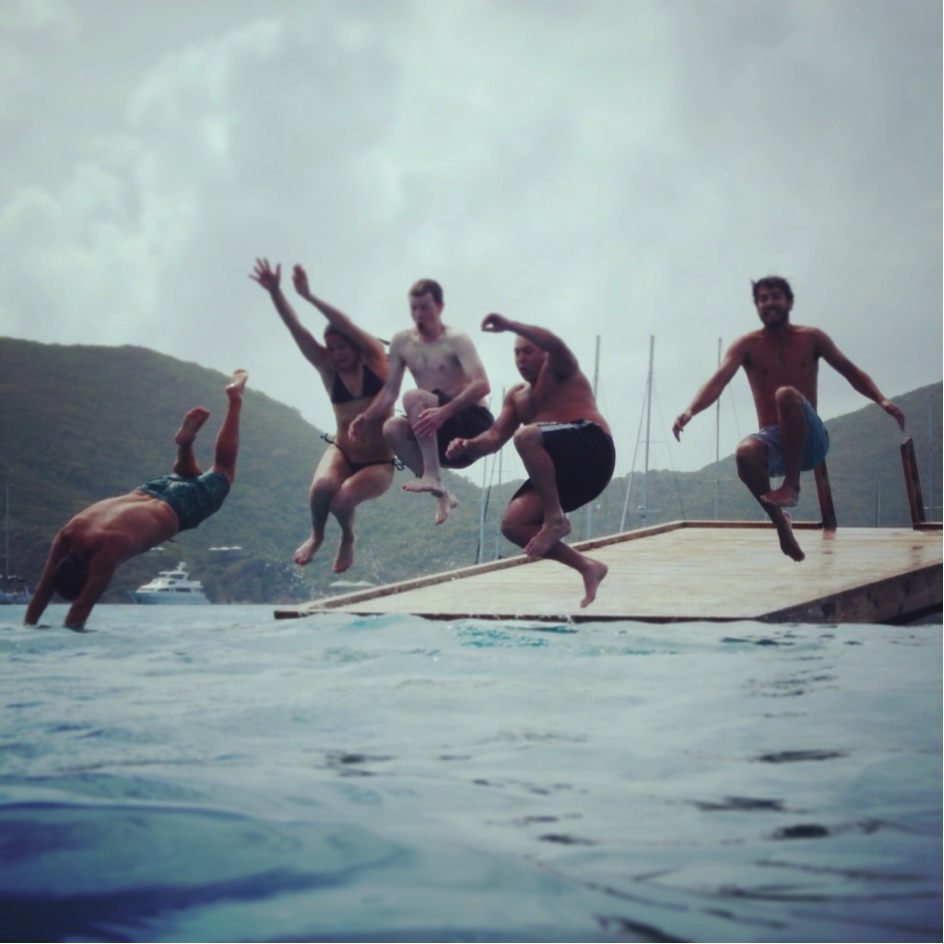 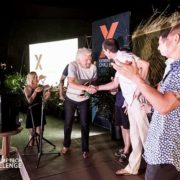 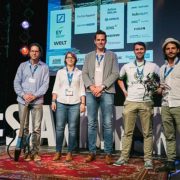 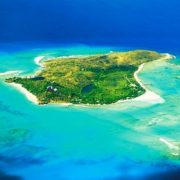