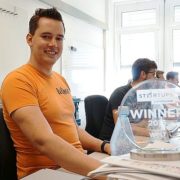 The Baqend success story is closely linked to its participation and double victory at the Startups@Reeperbahn Pitch 2016. Here’s a summary of everything that has happened since and how this aspiring startup is progressing. 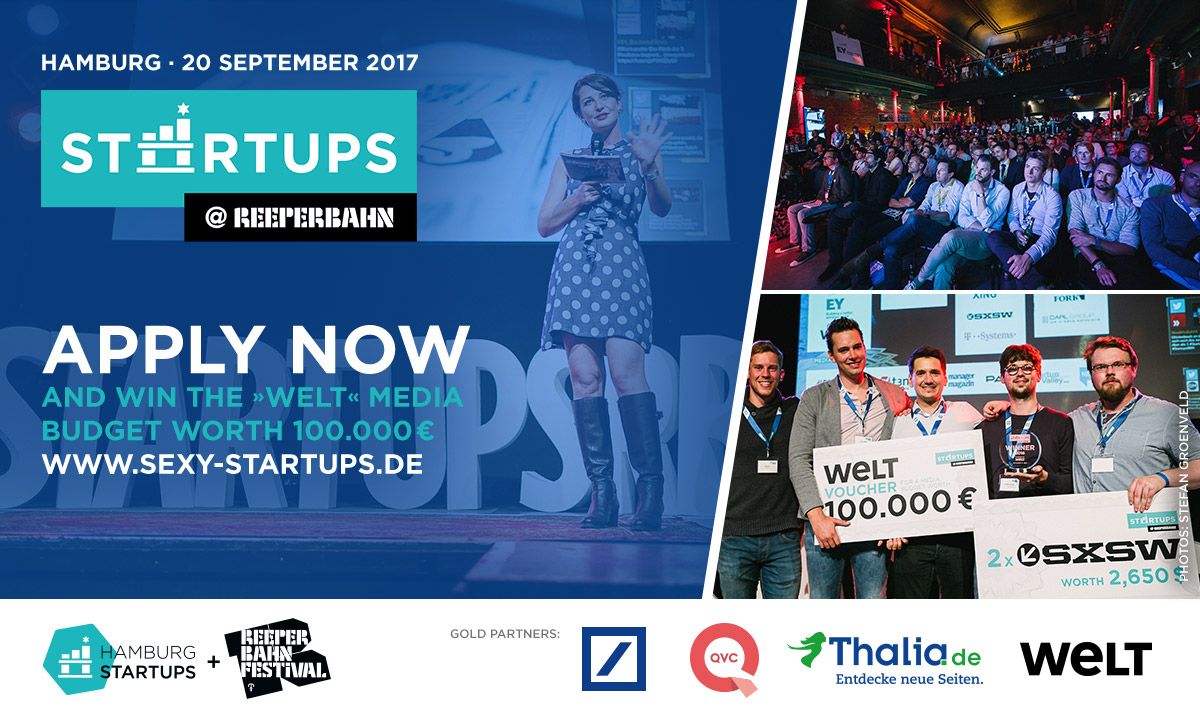 Baqend was originally established back in 2010. The project was developed from several Bachelor’s and Masters‘ theses in the Faculty of Informatics at the University of Hamburg. In summary, these addressed the question of how websites could be made faster. At a time when people are said to have a shorter concentration span than goldfish (although this is probably just a modern legend), a site’s loading time can be a major factor for the success of an online shop, for example.

By the time Baqend was officially founded in 2014, a huge amount of development work had already gone into the software. Nevertheless, CEO Felix Gessert and CFO Malte Lauenroth’s (with a business administration background) four-strong founder team didn’t dare go public until the beginning of 2016, when they entered a competition jointly organised by Hamburg Startups to win tickets to the SXSW Festival in Austin, Texas, and started to attract attention. 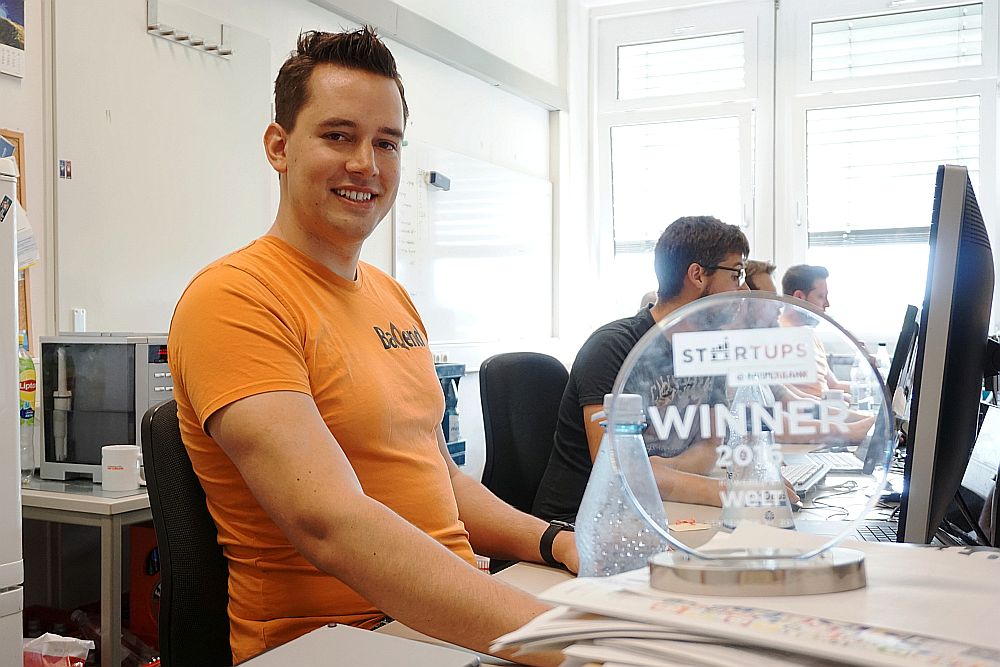 Back then, however, many in the audience were still a little perplexed. What exactly is „Backend-as-a-Service“? Do fractions of a second in loading times really play such an important role? And how does it all work in practice? It was complicated and only a few IT experts instantly recognised the potential of Baqend. Other pitches also attracted similar reactions from the audience, so it was clear to the team that it needed to change the way it presented itself.

Startups@Reeperbahn Pitch was the turning point

In order to do this, Baqend chose to enter a competition, which it regarded as extremely prestigious and massively appealing: the Startups@Reeperbahn Pitch 2016. The startup made it to the final, where Felix presented its new approach: instead of technical details, practical benefit was now the focus, as explained using the example of a participant on „Die Höhle der Löwen“ founder show, who successfully managed the customer stampede after the programme aired, using the software developed in Hamburg. 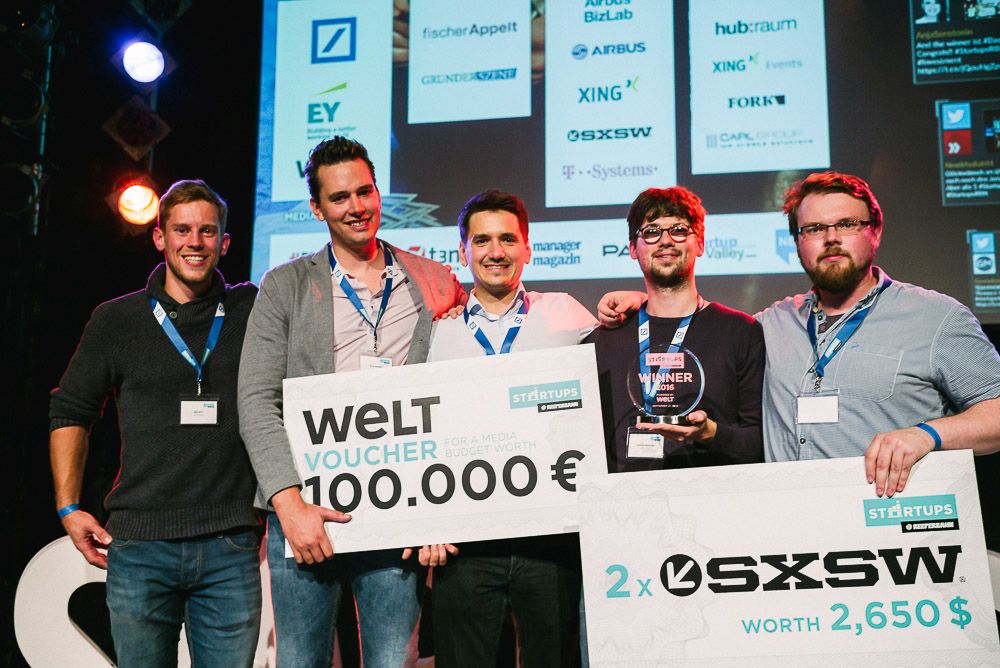 When Felix was able to confidently answer the jury’s technical questions, Baqend was certain of victory, twice over in fact: both the jury and audience prizes went to the team from Hamburg University. So a breakthrough was finally achieved, which was to subsequently pay off in the truest sense of the word. Until then, the startup had only been funded by Exist and InnoRampUp and it was time to seek investment.

After the victory came the investors

Finding investors is no easy task, but this wasn’t the case for Baqend. Following its success at Startups@Reeperbahn, potential investors got in touch on an almost daily basis, requesting more information. By December 2016, it was clear who would be supporting Baqend in future: Jens Schumann (ex-Tipp24), who had been in the audience at the Pitch, and Martin Dräger. Both are contributing not only money, but above all their extensive entrepreneurial knowledge and are actively involved in the operational business.

For this reason alone, its appearance at Startups@Reeperbahn had already more than paid off and on top of this were the actual prizes. One of these took Felix to the SXSW Festival in Texas, where he enjoyed many impressive experiences and established important contacts, such as with potential sales partners and Magento, one of the world’s leading online shop software firms. As Baqend is toying with the idea of entering the American market in 2018, the US trip may still prove to be extremely useful. 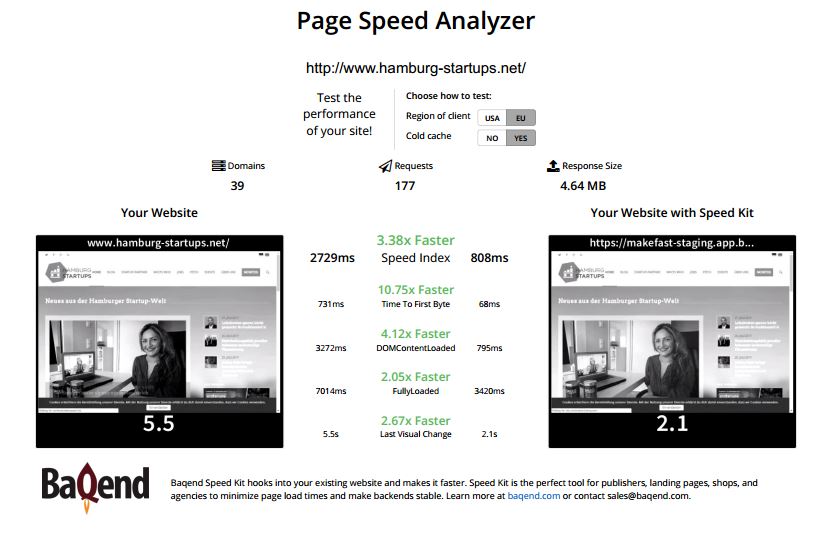 Speed Kit from Baqend has checked out a well known website.

For the time being, however, the German market remains the focus. In order to more firmly convince this of a product that still requires explanation, Baqend has developed a new tool called Speed Kit, which is due to be published this August. Potential customers simply enter their web address and receive an analysis of the extent to which their website could be made quicker. Increases in speed of between 50 and 200% are possible; for users with a poor connection, this tends to be even higher. Another highlight is the so-called Progressive Web Apps that enable a website to be used in offline mode.

So is Baqend using its media budget

All this needs to be advertised on the net, for which the actual main prize of the competition, a WELT media budget of 100,000 Euro, is perfect. So it’s no exaggeration to say that Baqend has made significant progress as a result of its success at the Startups@Reeperbahn Pitch, along with its subsequent presence in numerous media. Another indication of this is the number of team members, which has increased from 5 to 13 since its win. 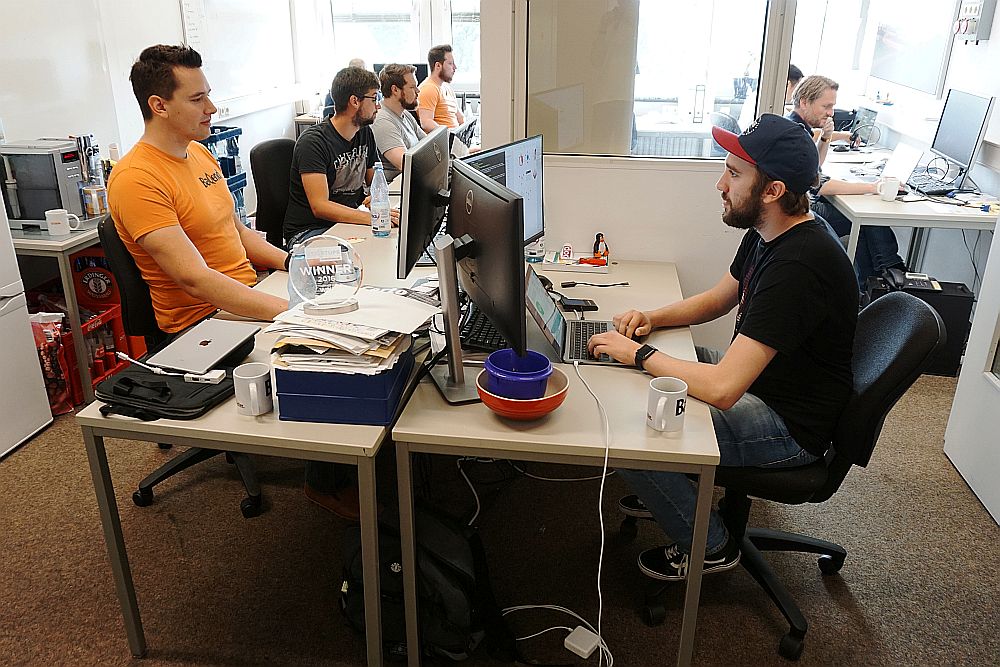 Baqend’s office at the University of Hamburg

So space is slowly becoming tight in the small office in the Informatikum on Vogt-Kölln-Straße, where the startup is still housed. So far, it has worked well, with the university research institution helping to further develop the software and providing competent staff. In two months, Baqend will probably move to Kühnehöfe in Altona, where it will hopefully continue its triumphant progress, which didn’t begin at Startups@Reeperbahn, but there it received its decisive boost.

How to apply to Startups@Reeperbahn Pitch

You are an innovative startup from Europe?

Then fill in our application form :We need a short description (maximum 500 charakters!) AND your English pitch deck (maximum 15 slides!) by August 18th, 12:00 p.m. 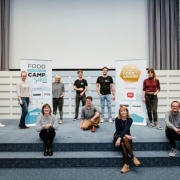